Feasibility and Relatability of Cultural Adaptation Amongst Conflict-Affected Populations 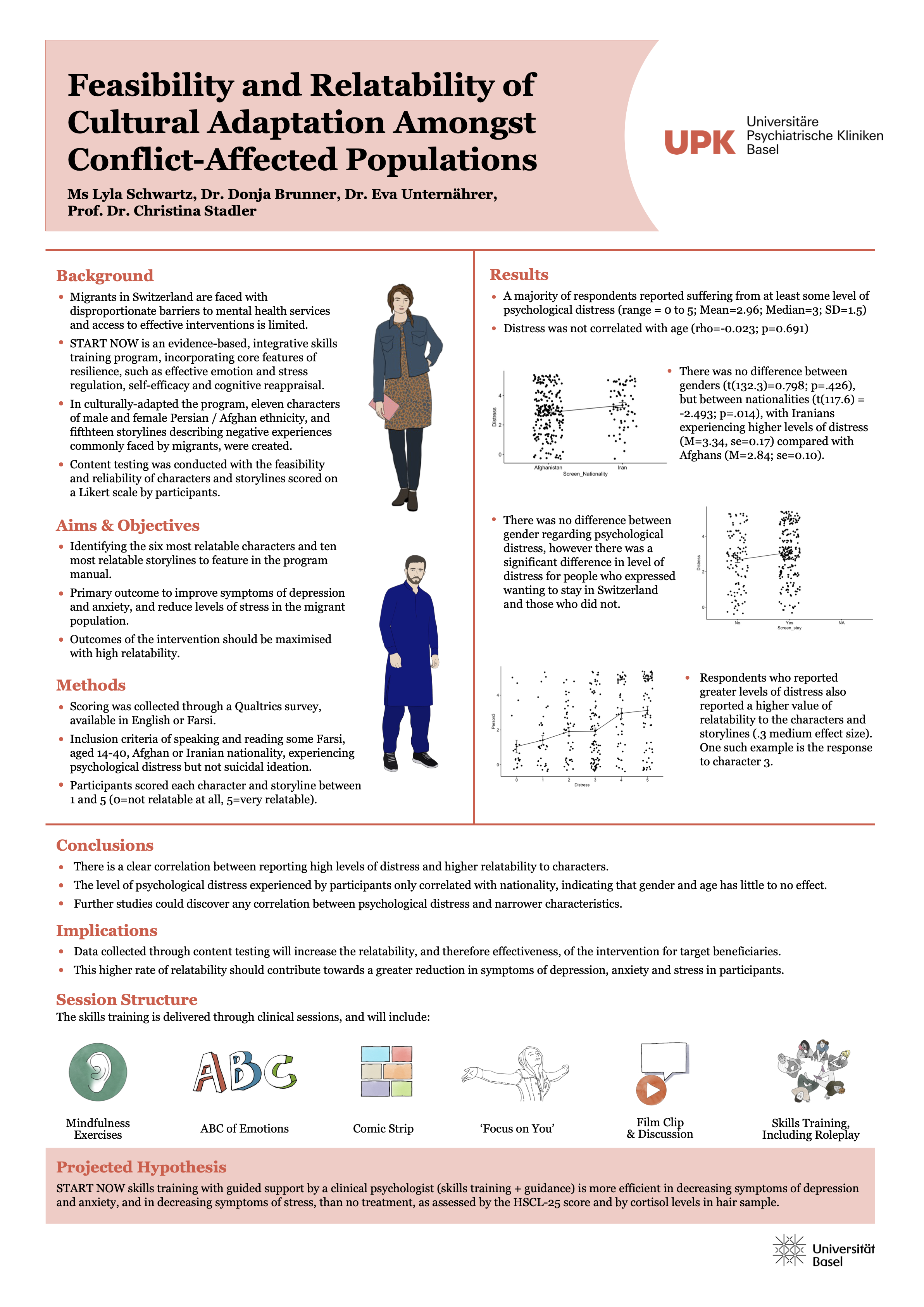 Existing mental health programs, well established in high-income countries, providing a low-intensity intervention where high numbers of patients can be reached, and a low-threshold for care and flexible delivery of the care, have shown to be less effective for minority populations and refugees, where linguistic and cultural barriers still exist. These barriers include poor understanding of treatment, poor knowledge of healthcare systems in host countries, and the lack of interpreters or programs available in their native language. Cultural aspects, such as cultural values and specific stressors, need to be considered in intervention development of care.

A culturally-adapted version of the trialed evidenced-based manual-led resilience program START NOW is in design for this present study. The cultural adaptation of characters and storylines featured in the manual were developed and content testing was conducted. Migrants from Afghanistan and Iran scored each character and storyline on a Likert scale according to how relatable they were. Here we present the findings.